Can automation actually humanize the workplace? 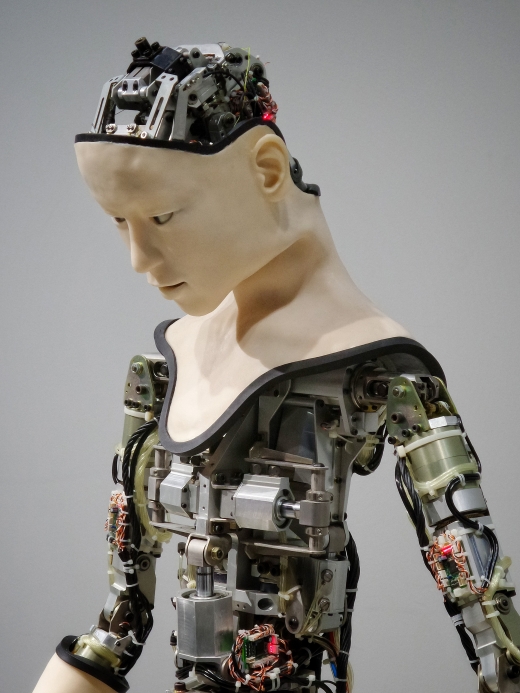 We've read myriad reports, heard dozens of dire predictions, and watched multiple foreboding news flashes that proclaim the doomed future of the American worker. "To be replaced by machines" has been the battle cry of the 21st century, conjuring up images of barren landscapes scarred by hollowed out earth, smoldering metal and menacing machines stalking about.

OK, maybe I exaggerated that last part a bit.

To be fair, there are likely thousands of professions that will suffer the fate of obsolescence, mimicking the revolutions of industrial and internet fame. A well-researched report published by the McKinsey Global Institute predicted, "Artificial intelligence, automation and robotics will make this shift as significant as the mechanization in prior generations of agriculture and manufacturing. While some jobs will be lost, and many others created, almost all will change."

And it won't likely come as a surprise to most people that this shift will disproportionately impact certain regions and demographics – better known as people.

According to the McKinsey report there are trends that “could widen existing disparities between high-growth cities and struggling rural areas, and between high-wage workers and everyone else.”

So is the rise of the machine and the demise of the human touch a foregone conclusion? What can be done to prepare for this impending machine-led Armageddon?

What if we could humanize the application of AI?

Just thinking of this possibility makes me tingly. Would you welcome the offloading of the countless mundane tasks the eat up your day? Pesky timesheet updates, for example. And my personal favorite, the copying of data from one location to a cell in a spreadsheet. Instead of using Microsoft Excel as our productivity hack, we could leverage AI (no offense, Microsoft Excel).

Companies could design the automation of tasks, the adoption of new technologies, with the goal of improving productivity, and not just replacing workers. AI implementations could start by targeting repetitive low value tasks, redirecting valuable employee time and skillset into higher value activities.

It may seem a bit altruistic, and yes, this approach reflects placing a certain value on social utility. But there are good business reasons to do this, and many business executives have bought in.

A study published by PwC illustrates the potential: In their own roles, business execs see huge potential for AI to alleviate repetitive, menial tasks such as paperwork (82%), scheduling (79%), and timesheets (78%). In fact, 78% agree it will free all employees from such tasks at all levels across their organizations. Already, 34% of business execs say that the extra time freed up from using digital assistants allows them to focus on deep thinking and creating.

Reducing the volume of the mundane could make employees happier, which studies show measurably increases productivity. Another potential win for the humanized model.

Another way of looking at a win-win implementation of AI is to utilize AI in areas where we know it to be better than humans: complex calculations and pattern recognition, for example (no offense, humans). And while machines may excel at number crunching, most business executives still believe humans bring skill to the table. According to PwC, 70% agree that “AI has the potential to enable humans to concentrate on meaningful work – motivating teams, understanding rich social contexts, acting with empathy and diplomacy, and influencing others to move toward their vision—while machines automate the rest."

Good use-cases and AI implementations are only part of the solution. Machines and AI will become more ingrained in the American workplace, thereby redefining and reshaping the future of work, “with implications for individuals and incomes, the fortunes of local communities, and the footprint of companies and industries.” Since millions of Americans will need retraining to meet this new workplace demand, “responding to a transition of this magnitude will require collaboration among multiple stakeholders, including federal, state, and local governments; businesses; community leaders and residents; philanthropic organizations; educational institutions; and unions and professional societies."

Good use of data can help these community stakeholders prepare their workforce for these changes. In a report analyzing the future of work, The National League of Cities suggests that “understanding the gap between jobs with high and low automatability can create more opportunity and help city leaders formulate their own strategic plans for the future.”

The future of AI isn’t coming, it’s long been here. There are various opinions about to what extent AI implementations are set to increase, but companies can humanize AI implementations through a variety of applications intended to reduce the mundane, with positive benefits. One thing most can agree on is the need for significant efforts at retraining the U.S. workforce. The next big question is, what should the future of workforce training and education look like?